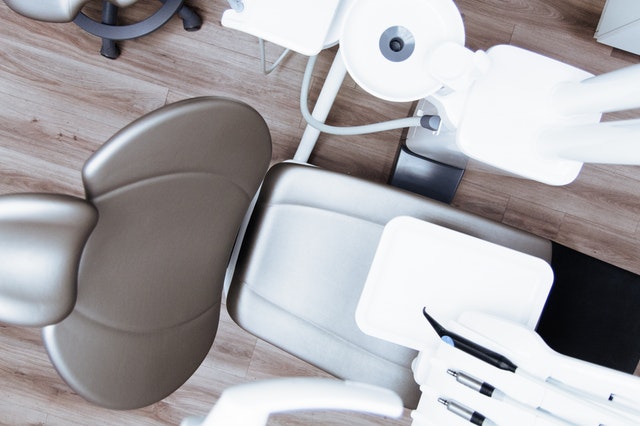 Trayvon was playing basketball with friends when a stray basketball hit him in the face. At the time, Trayvon was receiving orthodontic treatment and had metal braces—and the blow caused a severe cut to his gum tissue.

The bleeding wouldn’t stop, and Trayvon needed to be seen as soon as possible. Instead of going to the emergency room where he knew he’d likely have to wait for hours, he called local dentists in the area. DC Dental Spa was the only dentist available at that time for an Emergency Appointment, and he came in as soon as he could.

By the time he got to the office, the bleeding has slowed, but his gum tissue was still lacerated. Dr. Hoang was able to see Trayvon immediately. The cut wasn’t as bad as it had initially seemed, but it still needed a couple of stitches to put back into place. And, because of Travyon’s orthodontia, he would need to wear orthodontic wax on the area in contact with the gum tissue to prevent the stitches from catching and tearing.

Dr. Hoang was able to stop the bleeding and stitch up Trayvon’s gum tissue. He also conducted an oral exam to ensure that none of Trayvon’s teeth or other soft tissues in the mouth had been affected by the impact. His teeth and jaw appeared fine, and Dr. Hoang took x-rays to confirm.

Trayvon was able to go home with instructions for healing and returned to see Dr. Hoang about two weeks later so that he could remove the stitches and check the progress of the wound. Trayvon still needed to wear orthodontic wax to protect the injury site for another two weeks.

At a one-month follow-up, Trayvon’s mouth was fully healed, and he was able to stop wearing the orthodontic wax and complete his orthodontic treatment without further incident.

Our Patients Are Our Priority

What Our Patients Say

“What a wonderful experience for my daughter and I. My daughter is a special needs adult and was treated with kindness and respect. Ms. Whitney is the best!!”
Jennifer R.
Dr. Rex is absolutely amazing. Aside from being incredibly skilled you can tell he genuinely cares. I hated going to the dentist, but I had a great experience here. Hayden and Zulema were very nice and helpful up front as well. Highly recommend, I'd give 6 stars if I could.
Thomas W.
The dentists and their staff are very caring. Friendly to international students. And they have 10% discount for students. Recommended!
Emelia L.
Not having visited a dentist in so many years brought an anxiety with me, but all of that was erased at DC Dental Spa. The staff was extremely helpful and informative. Dr. Rex was so gentle and non-judgmental that it made my visit not only pleasant, but excited to keep coming back.
Tiffany L.
Top
Menu
202.333.9282
Menu