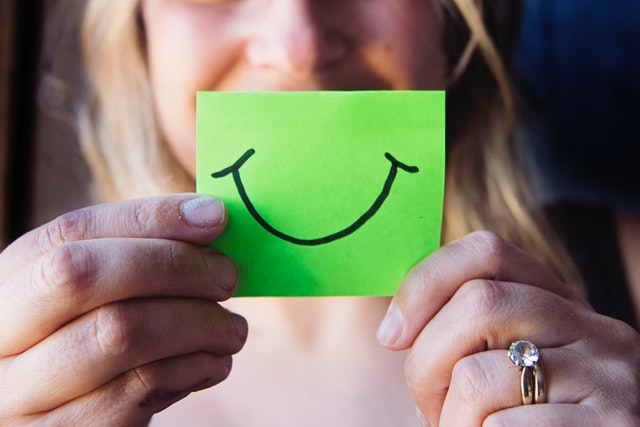 After dealing with chronic painful jaw stiffness and intermittent clicking noises since her teenage years, Lauren finally sought help for her jaw pain with Dr. Hoang at DC Dental Spa.

Now in her late 20s, Lauren says she began experiencing a stiff jaw in her teens, likely when her jaw was finishing developing after puberty. She had relatively straight teeth and had never received orthodontic work. Dr. Hoang took x-rays and conducted a physical exam of Lauren’s jaw to see exactly what was going on.

Lauren’s bite and tooth alignment were normal, which ruled out these issues as the cause of her pain. Yet, from her symptoms, something was amiss with her temporomandibular joint (TMJ). The joint was inflamed, and Lauren said the pain was more or less constant, but was at times intermittent.

Dr. Hoang asked Lauren a few questions about her lifestyle habits. She was an otherwise healthy adult, and her teeth showed no symptoms of bruxism (tooth grinding) that could have aggravated the TMJ. However, when asked about any trauma to her face, Lauren said she was in a car accident as a child which she sustained an impact to her face.

Lauren’s TMJ was likely being affected by damaged cartilage as the result of the  car accident. Lauren said while she was seen at the hospital, she never saw a dentist for her jaw pain as it didn’t develop until a bit later.

Treatment for Lauren’s discomfort included physical therapy and anti-inflammatory medication in addition to jaw exercises. Dr. Hoang also advised that Lauren stop chewing gum, something she enjoyed doing, at least while her treatment was going on because it would only serve to further aggravate her TMJ pain.

At a follow-up appointment three months later, Lauren said her discomfort was easing. At a nine-month checkup, she said her symptoms were manageable and that by continuing her regimen she hoped that they would be completely gone!

Our Patients Are Our Priority

What Our Patients Say

“What a wonderful experience for my daughter and I. My daughter is a special needs adult and was treated with kindness and respect. Ms. Whitney is the best!!”
Jennifer R.
Dr. Rex is absolutely amazing. Aside from being incredibly skilled you can tell he genuinely cares. I hated going to the dentist, but I had a great experience here. Hayden and Zulema were very nice and helpful up front as well. Highly recommend, I'd give 6 stars if I could.
Thomas W.
The dentists and their staff are very caring. Friendly to international students. And they have 10% discount for students. Recommended!
Emelia L.
Not having visited a dentist in so many years brought an anxiety with me, but all of that was erased at DC Dental Spa. The staff was extremely helpful and informative. Dr. Rex was so gentle and non-judgmental that it made my visit not only pleasant, but excited to keep coming back.
Tiffany L.
Top
Menu
202.333.9282
Menu